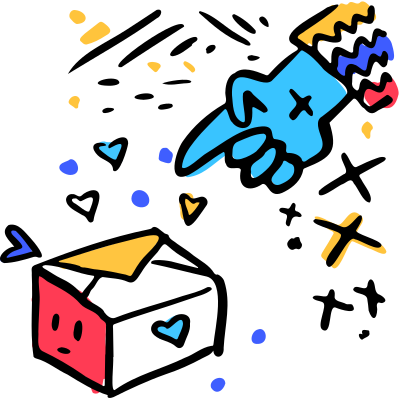 Nowadays brand guidelines are more of an afterthought. Here is how the spacing works, these are the brand colors and please for the love of god don't place the logo on a messy background. 99% will fit the same template. A lengthy corporate document one rarely wants to look.

40 or 50 years ago this was not the case. Brand guidelines used to be beautiful pieces of work which carry the original vision and aesthetic of the author. A sign of an era where visual identities were crafted by world class artists.

Some of the examples below were published as a book years later. I've included links for the graphic design junkies who need these in their bookshelves.

The NASA Graphics Standards Manual by Richard Danne and Bruce Blackburn was a futuristic vision for the National aeronautics and space administration. Known as the NASA logotype, and nicknamed the ‘worm’, it was introduced in 1975 in an attempt to introduce a touch of modernity by replacing NASA’s circular blue, white and red insignia (aka the ‘meatball’).

The manual goes into incredible detail in terms of the physical applications. It's probably one of the few to include logo placement rules for a t-shirt as well as the space shuttle.

You can see the full manual in pdf or order a hardcover copy for $79.00.

The original version of the Apple logo was designed by Rob Janoff in 1977. Rocking the playful rainbow colors and serif font, it's quite far from the sleek cold look Apple adopted since. When searching for the brand guidelines document I was surprised it's actually quite plain. It contains all the definitions for spacing, colors and typography but that's about it.

However I came across this blog post which featured a foldable poster full of details about the Apple brand and its applications. It's also really well written so be sure to check it out.

In 1967 Aicher was commissioned to create a playful image for first Olympic games organized in Germany since the World war II. Inspired by the Bauhaus movement and its focus on use rather than aesthetics his work has set a new standards for branding and corporate design.

The brand guidelines contained a flexible system of colors, fonts and forms. That allowed Aicher's team and partners to build to "play freely" and saved "unnecessary preparatory work and time-consuming detailed decisions".  Something that we now simply call a design system was quite a groundbreaking idea in 1967.

Sadly there is no complete digital version of this manual online. You can however buy it for $78.00.

Another example of a visual design guidelines for Olympic games. Just like Germany in 1972, Russia also needed to present itself as a modern forward looking country. Artistic freedom had to give to the state politics.

What caught my attention much more than the logo itself were these geometric icons for each discipline. All made using a simple system of 4 different sized circles and 11 by 11 grid.

These image are not taken from the original style guide as it's not available online but rather a book documenting the entire Olympics (scroll to page 9).

In 1986, Steve Jobs recruited renowned graphic designer Paul Rand to create a brand identity for Next - his ambitious venture after leaving Apple. The cost? $100,000 or an equivalent of roughly $250,000 today's dollars. Next ultimately failed but the logo still remains somewhat iconic.

The original brand guidelines are hard to find but there is a simple logo spec sheet in the Paul Rand archive directory.

To persuade his clients that the proposed direction is indeed the right one Paul Rand produced a presentation book explaining his thought process. You should definitely go through it if you want to know more about his approach to graphic design and branding.

In 2013 someone found a copy of a first edition New York City Transit Authority Graphics Standards Manual in the basement of Pentagram's New York office. They decide to scan the entire book and make it accessible for all the other graphic design nerds. You can enjoy the high definition pdf here.

In case you would like to have a brand new copy in your living room you can buy it for $55.00.

A blue square with an oblique line, the company name written in simple sans serif font. Deutsche Bank’s logo is the epitome of modernist rationalism. Designed by Anton Stankowski it remains mostly unchanged to this day.

The brand manual however features much more diverse color palette than the dark blue we associate with Deutsche Bank today.

You can go through the full book online or learn more about the interesting history behind the Deutsche Bank brand.

Paul Rand is probably most famous for his work on the “IBM Graphic Design Program”. The series of IBM logotypes created by Paul Rand culminated in 1972 in a drawn version made up of layered strips, making the company’s initials instantly recognisable all over the world.

The IBM graphic design guide is unfortunately nowhere to be found in a digital form but a nice Hardcover copy can be yours for $69.00.

Today brands have to evolve much faster than in the 60s. Most marketing collateral is created for disposable experiments in-house. Having a 100 page manual on how to apply logo on a car is no longer relevant for most digital first companies.

At Brandy we are creating a new, more dynamic brand guidelines combined with a digital asset manager. Rather than just a list of rules we want everyone on your team to have access to the latest brand assets from their browser. You can learn more and sign up for early access here.

Single source of truth for all your brand assets

Empower your team with an easy to use brand asset management tool. Brandy saves you hours generating, organizing and searching for things like logos, color palettes, product photos or fonts.

9 tools to bring designers and marketers together

The relationship between marketing and design teams is notoriously bad. Designers get angry that a landing page got shipped without being pixel perfect. Marketers feel like the design process takes way too long when they need to experiment fast.
October 10, 2020

September saw a couple of great rebrands being unveiled. In this edition of "Best brand redesigns" we are featuring works from Heydays, Koto and others.
August 3, 2020

Brandy, the brand asset manager for small and medium sized companies, is officially live! See what motivated us to build a tool that will help you reduce communication overhead and improve brand consistency.